A new slant on things 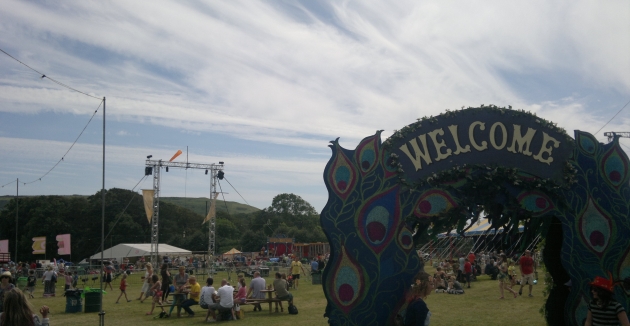 Last week at Camp Bestival was fantastic. Fantastically hard work, but fantastic none the less. The weather was beautiful, and the days were long, which was just what we needed as JD, Hazel and Tomos re-joined the production having been substituted during our last shows at the National Theatre. As a result of this and all the work we did at the NT in June, we had quite a lot of re-rehearsing to do before Rime was ready to perform again. All this at the same time as setting up the rig whilst Will Ingam, our new technician connected up the lights with help from Nich Galzin for all the high rigging.

Whilst at the National Theatre, Huw Llewellyn kindly re-made our lighting design to beautiful effect and generously lent us a set of the 32 lamps we needed to realise the design.

After all the hard work the rerehearsals were productive and it’s great to see Rime developing as a result of the lessons we’re learning through performing and touring the show.

The only shame was to have missed the Olympic Opening Ceremony as we were warming up in preparation for our first Camp Bestival performance, but that didn’t seem to matter to our audiences. Here’s a little from Penny Alexander who wrote about us in her blog:

And finally please take a minute to have a look at these fantastic pictures by Jasha Lenkiewicz, who came along to photograph the festival… and then come and watch Rime at Summerhall in Edinburgh next week! 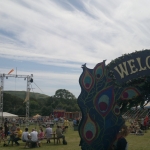 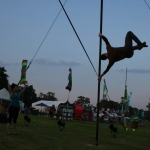 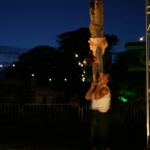 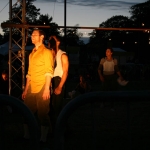 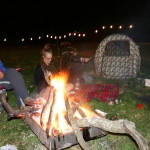 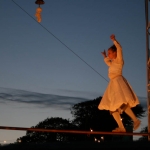 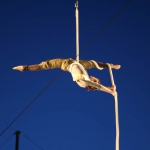 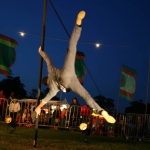 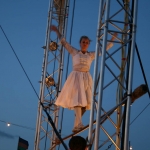 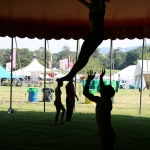 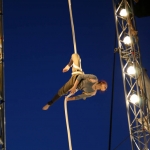 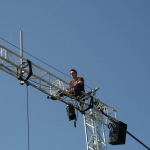 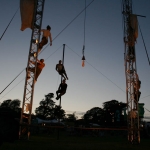 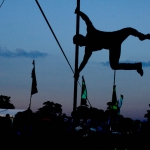 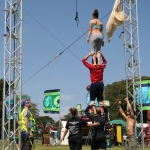