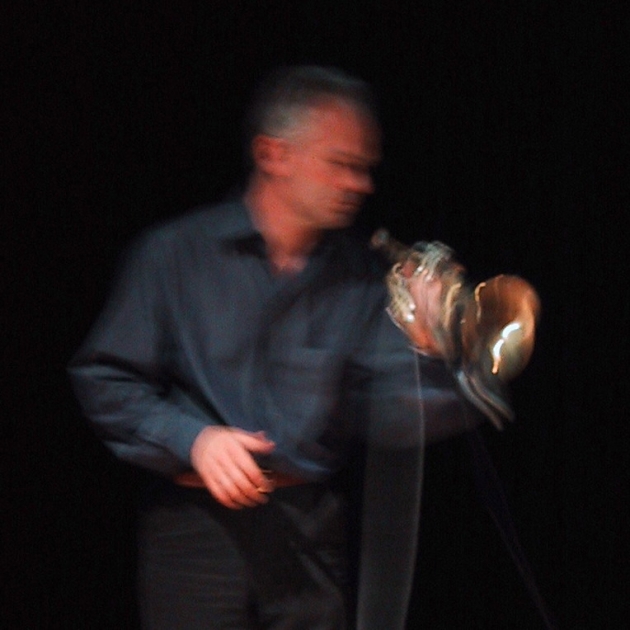 Trumpet-player and composer Jonathan Impett has given premieres of solo works by Berio, Scelsi, Finnissy and Harvey at venues such as IRCAM and the BBC Proms, and plays with contemporary groups such as Apartment House, as well as improvised music and jazz with Paul Dunmall’s ensemble and Amit Chaudhuri’s This is not fusion.  His compositions include orchestral and chamber works. An important focus of his work is the technologically-mediated relationship between performance, improvisation and composition.  He was awarded a Prix Ars Electronica for his work with the extended metatrumpet.  A recent project Lets Dance Architecture looks at the generating of musical form through movement and improvisation. He is also a member of the Amsterdam Baroque Orchestra and The Orchestra of the Eighteenth Century; his performance of Haydn’s Trumpet Concerto features in Phil Grabsky’s new film In Search of Haydn.  Jonathan Impett teaches at The University of East Anglia, where his current research includes a book on the musical thought of Luigi Nono.