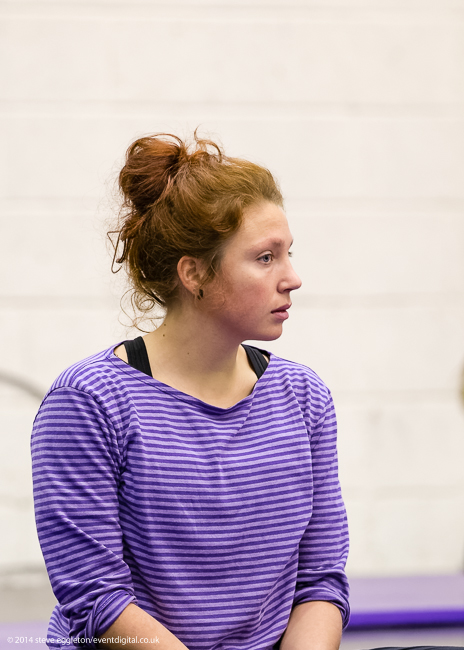 Isabelle Schuster started out early in her career in circus, training and performing in various Youth Circus Schools in Switzerland. Wanting to study more circus, but having to attend school as well, Isabelle decided to move to the US where she attended High School and toured with ‘Circus Smirkus’ for 2 seasons. In 2008 she continued her training in juggling, hand balancing, duo and static trapeze, with a preparatory course at “École de Cirque de Quebec”. She then returned to Europe where she graduated from “l’École Supérieure de Arts du Cirque” (Brussels) in 2012, specializing in aerial silks.

Isabelle has performed as far afield as Japan, she also runs her own company together with Lucie LePoivre, and is excited about joining Square Peg in the re-development of Rime.